Hello to all the “Usual Suspects”

I’m pleased so many of you are still here.
I’m 8 days off ten months post stroke, still having seizures but with much less frequencey and severity, and interestingly my consultant described my infract as “healing well” when I had another MRi last month, healing well…!! I was kind of hoping we were past that, but apparently not.
My MRi did show up a whooper of a nasal polyp, apparently a common side effect of antiplatelets, and I now interrupt my therapy and am down to taking one 75mg aspirin every third or fourth day, each one zero out my COX1’s and the each day that I miss I get 10/15% not COX1 inhibited platelets back, I feel better and my seizures are much more mild and controlled like this, my consultant said I could do what I wanted and that taking my Aspirin gave no guarantees of not having another clot and that I knew my own body and limits and so he would not advise me against taking my own direction.

I apologise for leaving here with out any cursory goodbye to any of you, but I had to get out, the narrative in here was only reinforcing my own construct as a stroke victim, and I needed to change that, go out to the world and tell a different story, attempt to build a differetn construct to live in.
It does still, however always come back to my stroke, my brain damage, my seizures, but I’m trying very hard to leave that bit out now when I tell my story, I’m not often succesful, but I am trying to live a life where the first words out of my mouth are “stroke survivor” or “my brain damage” I’m not often able to do it, but make myslef try… but I did need to leave here quickly and try.

I’m looking forward to having a read and probably not contributing too much.
Me and my much loved Pumpkin Patch Produce. 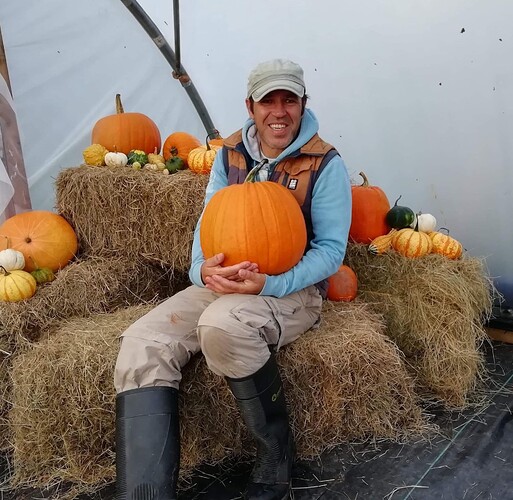 Good luck Alan. I hope everything goes well for you.

Well, I’m relatively new around but I know, just as I am sure you do, there will always be a welcome here.
So, even though we haven’t met before, I’ll join in and wish you a big welcome back!

All the best for your future and write when you can.
Very nice pumpkins by the way.

Keep on keepin’ on.

@Pontwander welcome back we all missed you very much!! Especially @Jordan and I! 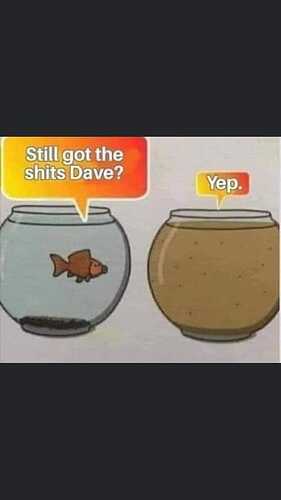 I was going to post my Liz Truss is a “C” word meme, but I’m saving it until I’ve warmed up a bit…hahaha…

Are you well, how are you keeping, are you over your Op and getting anywhere with your meds etc ?

Welcome back @Pontwander , I recognise the name. Like all social media remember you can be on as little or much as you want to, so don’t let it take over your life!

Good to see you back and I hope you are in a better place in all aspects.

Look forward to hearing from you once you’ve acclimatised.

Shwmae @Pontwander (Alan)! I rarely use exclamation marks, so welcome back. Our relative needs shape our recovery journey, glad you’ve given us all a hoy.

@Pontwander Welcome back Alan, we were all worried about you but glad you’re doing ok. Its great to have you back.

Welcome back Alan, glad you are back. I take aspirin 75 mgs, clopidogrel didn’t suit me. And there are so many conflicting , issues with this, it was left up to me in the end, so I decided to carry on with the aspirin, so far ,2 years on all o.k!!! So fingers crossed. Loved you photo, cheered me up no end.
Take care and best wishes,
Jane.

Alan that was a present surprise your return, we all missed you and were concerned about you. Good to see you with your healing pumpkins.

Morning Alan @Pontwander! I’m so pleased to hear that you are OK. Your reasons for disappearing sound completely valid to me but then who am I to judge?

. Thank you for the great photo, you look content surrounded by your pumpkins in your happy place. Julia x

Your comments and kindness are greatly welcomed.

Apologies for taking so long to come back to this, it’s peak most tings at the moment, driftwood christmas trees, bare rooted real trees and tree seed collecting season so I’ve barely had a moment to spare this last four weeks or so.
I scored 2 out of 80 on my PIP assessment so the Tories have me, a brain damaged, seizure riddled stroke survivors working all the hours god sends just to keep the lights on, hahaha…
…but it has made me have to work and I’ve found myself doing some things I doubted I’d ever do again and surviving, so the silver lining in the clouds are the days like the one I had picking Beech seed from beneath three huge trees, so lost was I, that I swear someone walked past with their dogs and I never looked up, on all fours, on a wet woodland floor, somewhere I’d maybe doubted I’d get to be again.

I found a Beech nut eaten, and suddenly was aware that I was the “giant mouse” and looked around and wondered, was the little mouse, watching me take her dinner.

Much love All…
Al. X

“Did you see me, was I you
Did you watch me do the things you do
On my knees beneath the sisters” 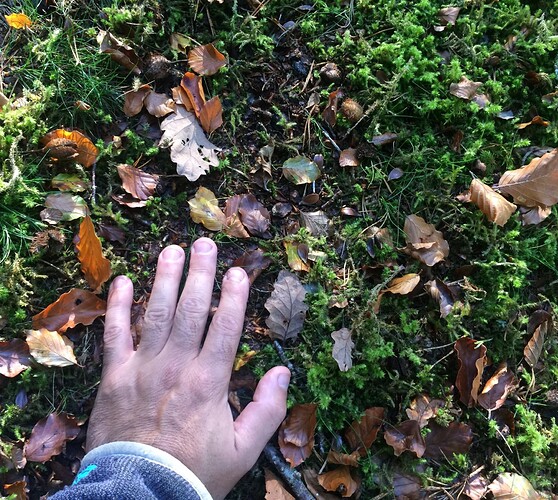 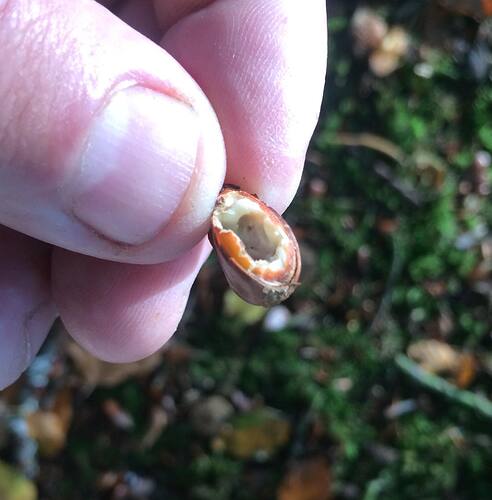 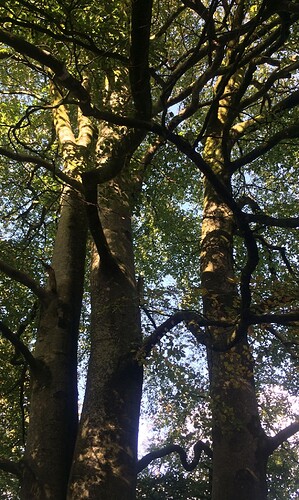 @Pontwander wow you have been busy…sounds fun. Mind I think i’d still be on the floor. Getting downs the easy bit. Getting back up more of a challenge

Love the photos. It so good to be able to spend time with nature.
Best wishes.

Great to have you back Al, thanks for sharing the pictures.

You must challenge PIP I did and was awarded second time round. Talk about your worst days you have.

I’m off to sleep

@Pontwander … love the photo! That’s weird you scored so few points on your PIP… did you appeal/get the CAB help with process? Anyway, lovely photos, welcome back, Anne

I did, very much so, tell them about my worst days, but the award was deemed so “becasue I only have seziures on an infrequent basis, and because they are only focal aware seizures, so when they happen I can still take me self to the toilet unaided” I was deemed to be able bodied for all the time I’m not having a seizure, all the time post seizure and almost mid seizure needing no assistance, despite some seizures lasting 12 hours intermittent…

anyway, it causes seziures, the stress of thinking about PiP, the phone calls it involes and what little worth it has, tbh, it’s more likely to kill me than seed collecting or driftwodd christmas tree making is, both of which, very much feed my soul and keep me going…yeah it would be lovely to have the income, but it would make me sit around and not try as hard as I’ve had to…

Catch 22, so I’ve decicded to go without PIP, forgo the stress of it and enjoy my days.
at the beach, in the woods and up the nursery, even if they wear me out much quicker than they used to. 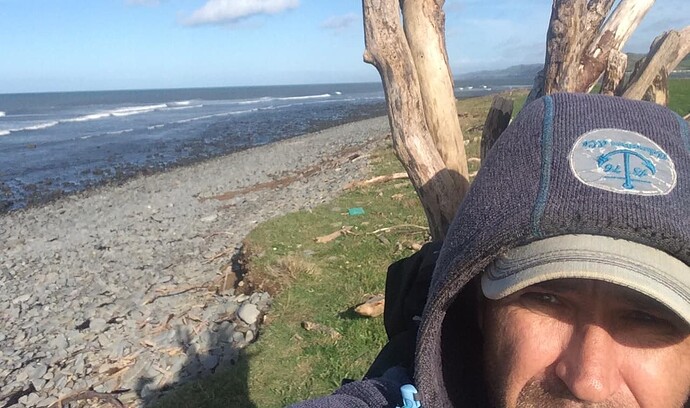 Me back at work, the result of that work 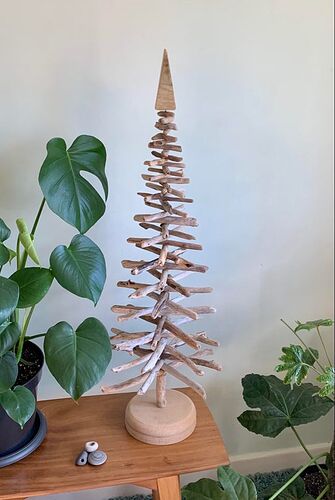 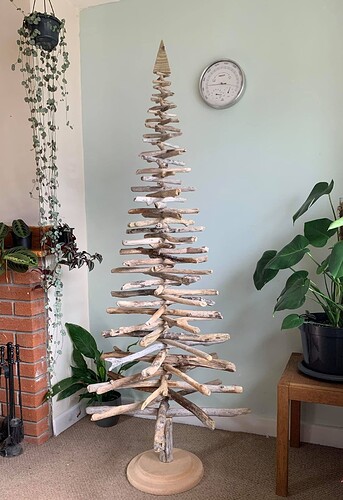 It’s a horrible thing to say out loud, but I did say it to one of the ladowners I have permission to collected seed from…

“I’d rather die in your field or on the beach collecting driftwood, than sat at home worrying about having another blood clot”

“I promise I won’t, I’ll drag myself to just outside your gate and save you the paperwork”

@Pontwander your story is honest and thank you for sharing.

I love the trees you have made, you are talented you should sell them on, or have I missed that? What beach is this you were on?

PIP can make it stressful so does ESA. I hope you get by ok on your income.

Wishing you a good weekend my bestest regards Loraine

@Pontwander i’m with you on the PIP. I got rejected too but scored a few more points than you. I decided to concentrate on getting myself back to work rather than appealing. Not at work yet but hopefully soon. I will probably reapply if i cant make a go of work as can use that as more evidence but i found the whole process really stressful.
Love your pictures. The trees are awesome & the beach is always a great place to be. Have a great weekend.
Best wishes

@Pontwander , I love your trees! You are very clever. I got zero PIP points so guess the last 18 months must have all been a nightmare.

I know it sounds horrible but I kind of wonder how these PIP assessors would be if they got stroked. Perhaps they may understand that the system is hugely flawed?

Anyway I’m sorry you don’t qualify butI love your positive attitude and how you get out and enjoy the physical world around you.

It’s great to see you back on these forums.